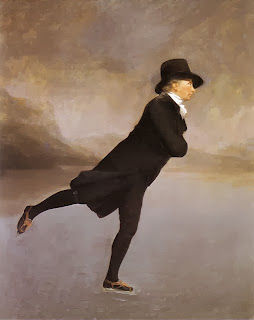 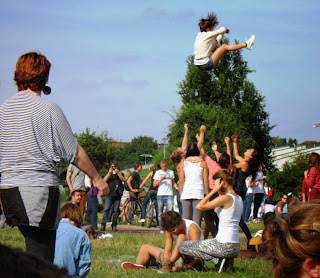 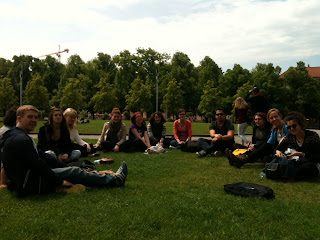 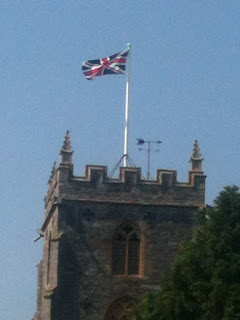 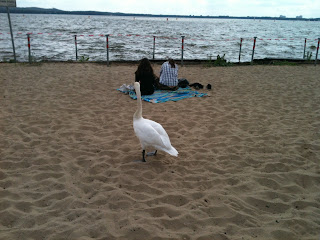 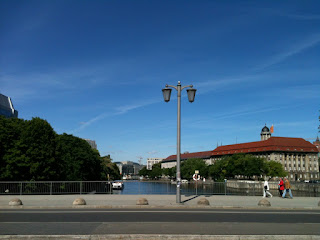 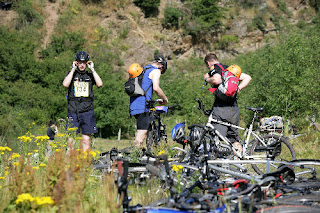 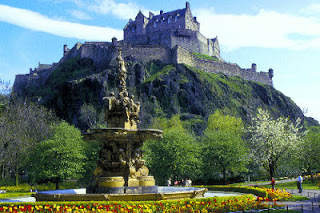 So, ye’re into culture, aye? 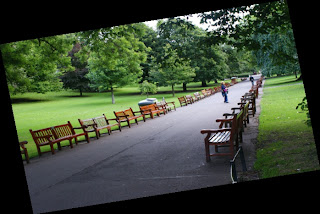 Nae borra! No problem, you’re in Edinburgh and it has plenty of it. Being Scotland’s capital city, Edinburgh is actually the London of the North. With its world heritage architecture and its many museums, galleries, and theaters, Edinburgh really is Scotland’s cultural centre. Old and New Town visually bear Scotland’s history from the Middle Ages to the Scottish Enlightenment, and right into the present. But there is a lot of living Scottish history to find in the streets - listen to Gaelic, try the infamous haggis and dance a Ceilidh, once you’re there. We’ve picked out the highlights for you!

Another Way of Remembrance - Memorial Benches
Princes Street Gardens is a very peaceful place to be, tranquil but alive with locals and tourists walking around, taking pictures, relaxing, or enjoying their lunch time. It took a while before I noticed that there is an engraved plaque on every bench; they are not just simple benches, they are Memorial Benches, representing stories of people who lived in Edinburgh or had just been there for a few weeks but fell immediately in love with this city. The benches are paid for by friends or family members so there is somewhere other than the graveyard to remember them. The inscriptions on the plaques are simple messages, illustrating how their closest friends felt about them, or what they had contributed to the life of the city. Once you notice these benches, you will see them everywhere around Edinburgh. They are not just in parks, but also in every public place you can imagine, like golf clubs, hospitals, and churches, as well as right along the garden side of Princes Street itself. Few of us had ever seen these kinds of benches in Europe before, so it is a very unique kind of remembrance.

“It really calms one down if you sit on one of the benches,” said a woman from France who has lived in Edinburgh for four years. You think about your own life and your own mortality. But there is this other side, the side that celebrates peoples’ lives while wondering about what job they had or where they loved to travel. Even if you are just in Edinburgh for a few days, take a little time and sit on one of the benches. You will sense an aura of peace.
Curso/CTR Travel Writing Team Edinburgh
Eingestellt von Curso eG um 04:06 1 Kommentar: 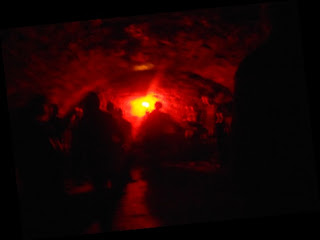 The Underground Vaults! Do you like haunted places? Do you want to explore hidden areas? Learn more about the early history of Edinburgh? You don´t have to go to a single museum to get all of these experiences at once. Right underneath your feet, when you are standing on the Royal Mile or on nearly every other street in the Old Town, there is everything you are looking for. The Edinburgh vaults have a very long, distinguished, and turbulent history. They are far more than the gruesome places down below the city, where witches officiated over sinister rituals and criminals hid the bodies of their robbed and murdered victims.

Built in the 17th century around the South Bridge, the chambers were thought to be cheap working places for craftsmen. After just seven years of working and living underneath the pulsating streets of Edinburgh, the traders were forced to move out because there was no way to get fresh air into the vaults and it was damp and unhealthy. After the craftsmen moved out, criminals and the poorest of the poor moved in. The living conditions were hard to bear.  Prostitutes, murderers, and the sick made their homes in this disgusting location.

But in the late 18th century occupation of the vaults came to an end – they were closed down and all the people living there had to search for new places to live. About 120 rooms lay forgotten for 100 years. But, fortunately for visitors, the Vaults were rediscovered. Great stories are told there nowadays – of personal fates, mysterious rituals and historical facts. Definitely worth a visit!
Team Curso/CTR Edinburgh
Sina Stahl

The Other Side of Edinburgh...Descend into Edinburgh’s underground vaults, find your way through the Dungeon, hang out at the cemetery, haunted by the worldfamous Mackenzie poltergeist and home of the loyal dog Bobby, and look for the Haggis monster! Listen to Edinburgh’s haunted tales and explore the city’s eerie places!Team Curso/CTR Edinburgh
Layla Ayobi
Eingestellt von Curso eG um 02:09 Keine Kommentare: 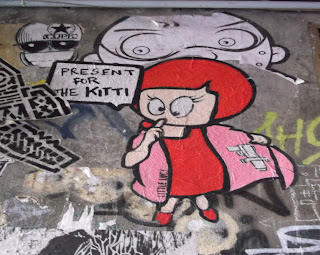 El Bocho is one of Berlin’s more prolific and well-known street artists, whose paste-ups can be found all around Frie­drichshain, Prenzlauer Berg and Kreuzberg. His ‘Citizen’ campaign de­picting fashionable young women looking morosely at the viewing public are in international demand and have spread to streets and galleries Paris, London and Sao Paulo. Among the more recent of his creations is the comic satire Little Lucy. These witty paste-ups are based on a Czech cartoon chro­nicling the adventures of a girl and her cat. In the hands of El Bocho, Little Lucy has taken a murde­rous turn and these days her cat can be found meeting a sticky and of­ten comedic end. Be on the lookout as well for Kalle und Bernd, two sardonic security came­ras who allow you to eavesdrop on their witty interludes but who serve as a harsh reminder of a time when secret police watched Berlin citizens very closely indeed. For a closer look at some of his work, head to Dirks­trasse in Mitte or Kollwit­zstrasse in Prenzlauer Berg.

edinburgh.sco: The ‚Kiss‘ of Art 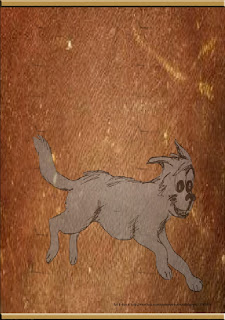 Literally a kiss is a physically affectionate act and means to press one’s lips against an object or another person. Originally it was based on the old English word cyssan and in the history of mankind it seems to be a late substitute for the rubbing of noses. In a metaphorical manner ‘a kiss’ can also mean a sort of inspiration, for instance ‘a kiss of the muse’, which brings enlightenment for artists in relation to their work.

Whether you prefer literature, paintings, music, dancing or storytelling, this city provides every artistic possibility you could ever wish for. Behind every corner there are museums, whether of Modern Art or Classical. Due to Scotland’s support for artists Edinburgh has a really impressive collection of art. One of the most memorable pieces on show in the National Gallery of Scotland is ‘The Kiss’ by the French sculptor Auguste Rodin, who lived from 1840 to 1917. The approximately two metres high sculpture shows an intense kiss between Paulo Malatesta and Francesca Da Rimini. ‘The Kiss’ refers to Dante’s ‘The Divine Comedy’ from the fourteenth century. The kissing couple was sentenced to death by Paolo’s older, jealous brother, the husband of Francesca, who recognises a truly deep, tragic love between the lovers. Doubtlessly the pentelic marble sculpture is one of the ‘greatest artistic evocations of physical love’. Rodin, who was famous for his ability to model the human body, was also passioned for showing the realistic, sensitive details of his sculptures. But it’s not only this romantic, physical kiss which spreads its spirit across the city of Edinburgh, it appears that a great divine muse has kissed Scotland’s capital right on the forehead and it appears quite obvious what makes Edinburgh so special for the pilgrimage of many artists. Imagine the ancient old part of Edinburgh, the majestic castle up on a hill in the middle of the city centre, a cobblestone pavement, Scott’s monument, buildings more than 150 years old, imposing churches and tiny paths between the houses. And everything is filled with historic tales or haunted horror stories. Together it enfolds the city with a unique, inspiring character and it is that interaction of a historically rich culture and an affinity to art which creates an incomparable spirit lying all over the city. This leads to one conclusion: Edinburgh simply is a big muse which kisses all its pilgrims, tourists or inhabitants. So you should see Edinburgh with all its artistic environment to get kissed by the muse. Here are some of the most important and impressive places you definitely should visit:

First of all go to the Scottish National Gallery in Princess Street. See the classical impressionists as well as huge portraits for instance by Gavin Hamilton and his ‘Achilles Mourning the Death of Patroclus’. Again of course, don’t miss ‘The Kiss’.

As a complete contrast you should visit the Scottish National Gallery of Modern Art...find out more 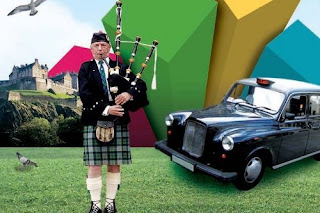 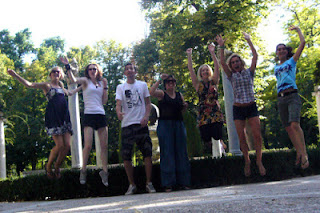 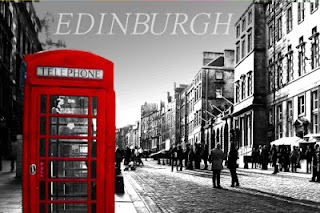 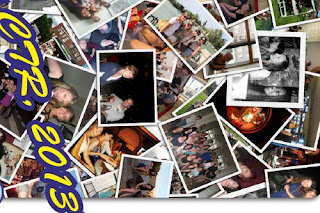